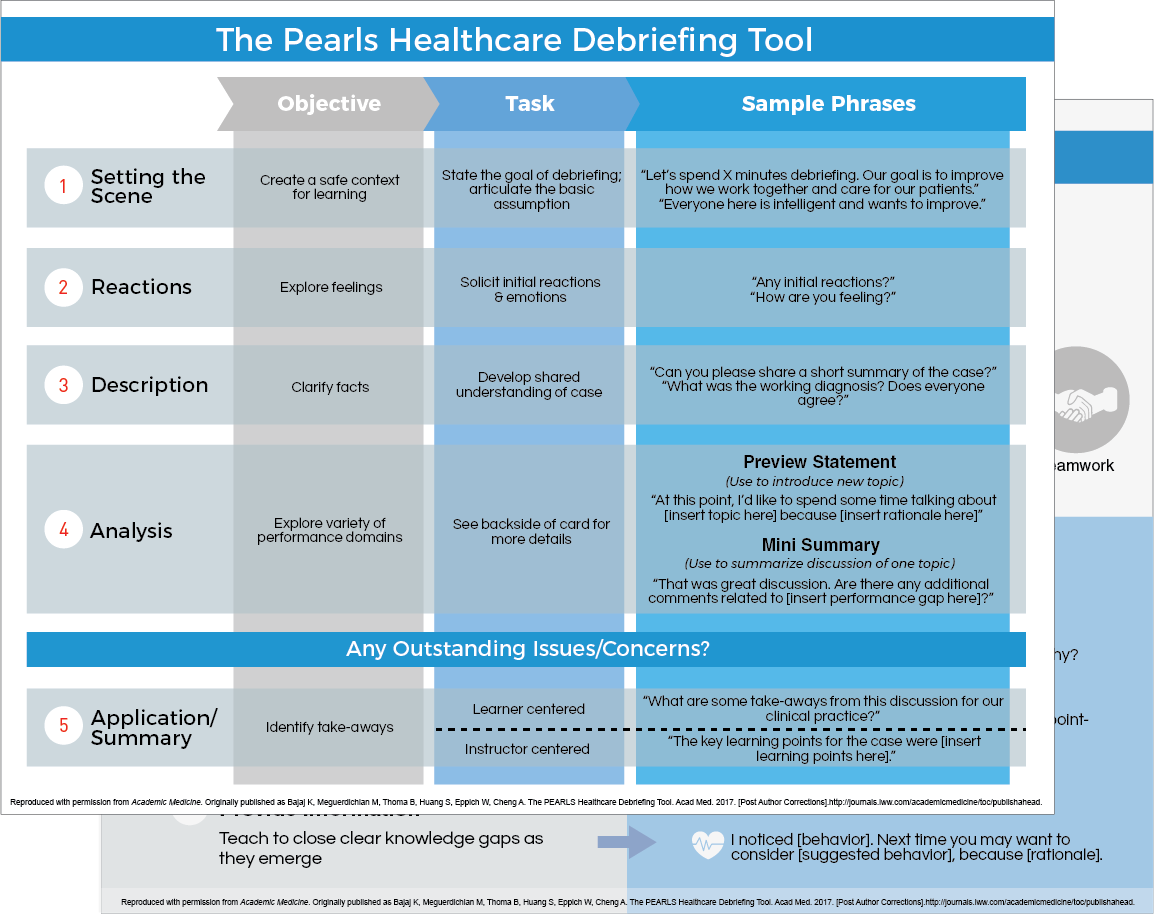 We have created versions of the tool that can be viewed electronically on your phone, tablet, or computer and printed as a pocket card or poster. We hope that it assists with faculty development and your own debriefing. Feel free to print the pocket card for personal use, hang the posters on the walls of your debriefing rooms, and download the electronic versions to your personal devices. Printing instructions are provided below. 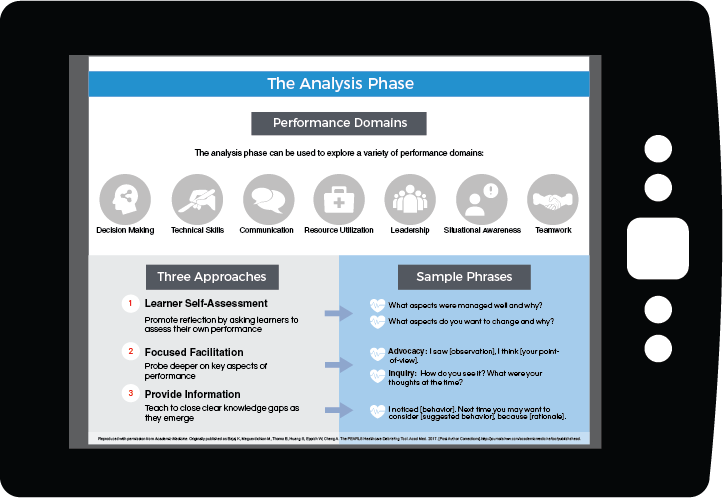 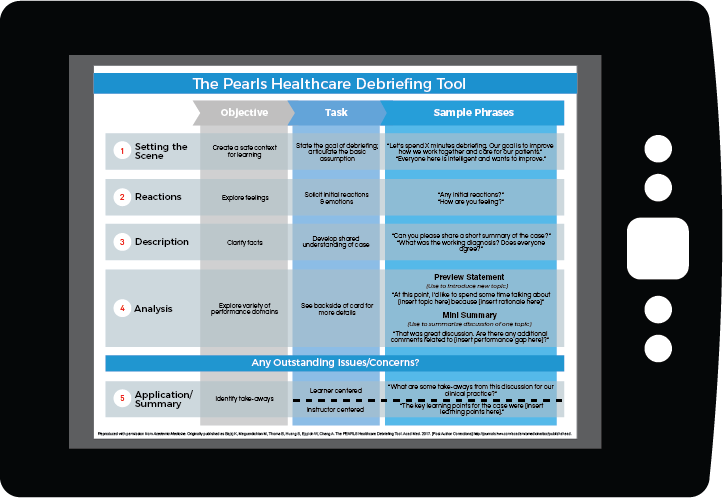 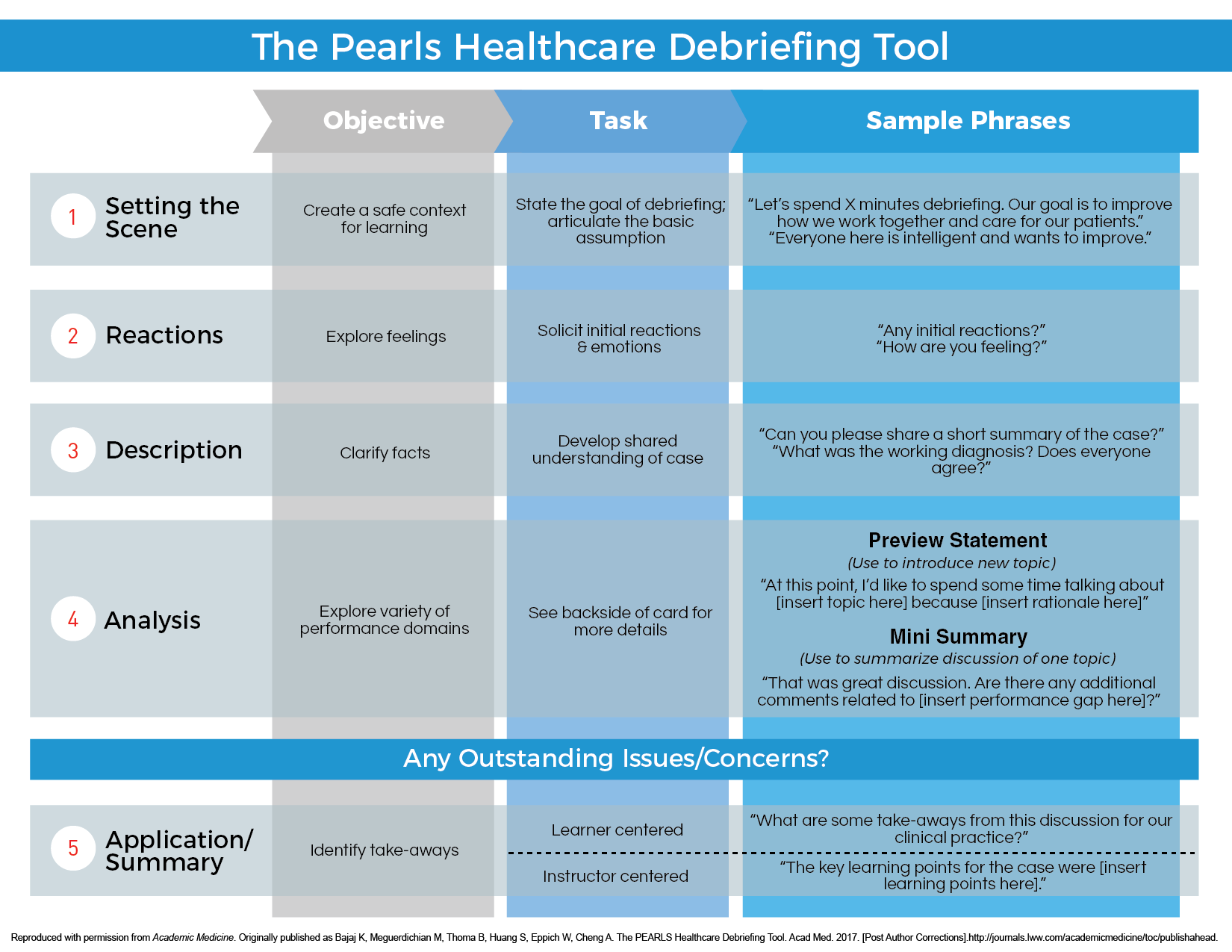 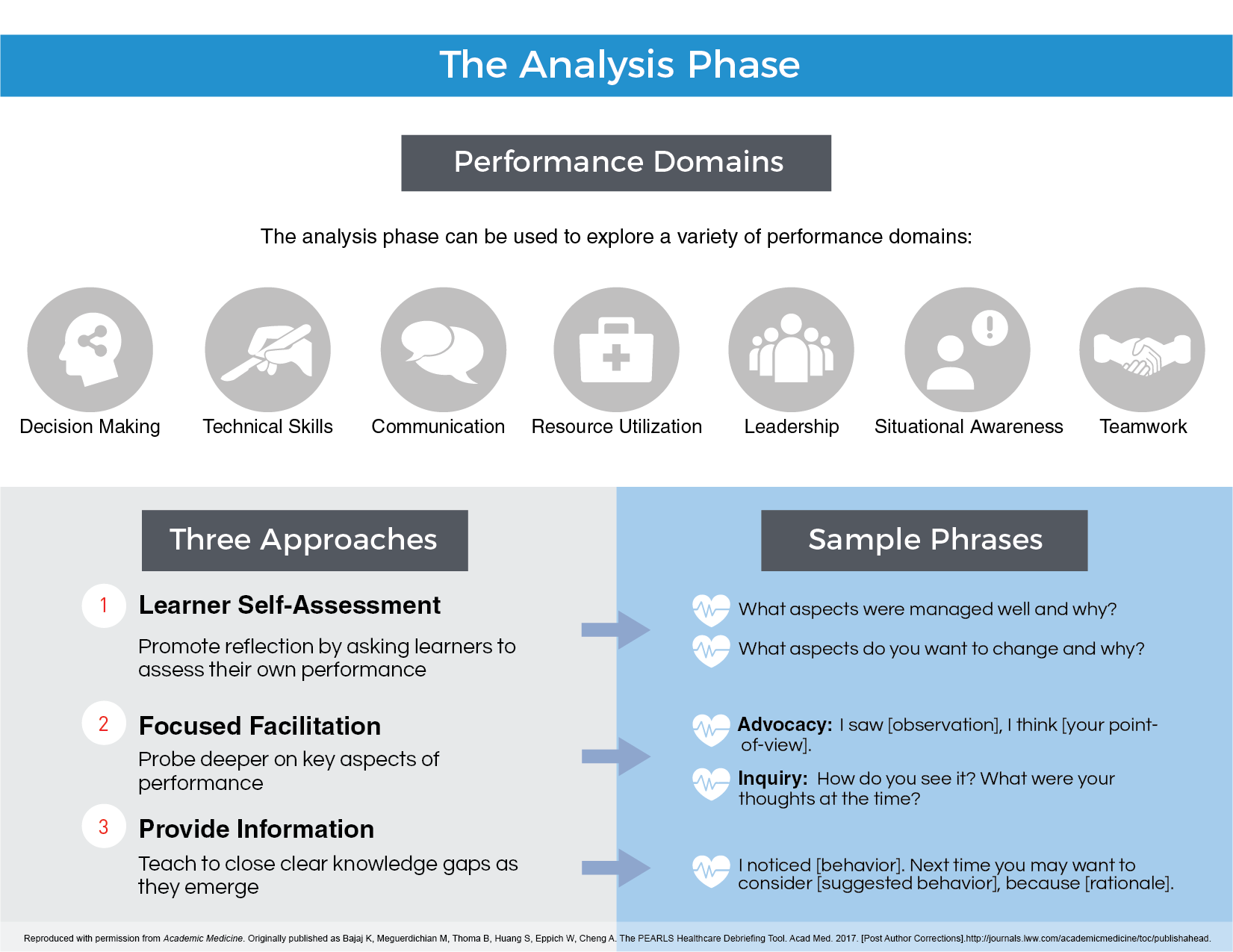 The Pocket Card (5.8" x 7.2"), Small Poster (8.5" x 11"), and Large Poster (24" x 36") formats are designed to be printed. For the Pocket Card, we recommend printing on both sides of the same sheet of paper then cutting it out and laminating it for durability. The Small Poster can be printed as a double-sided handout or a single-sided table/wall poster. The Large Poster is intended to be printed on two separate sheets and hung on the wall. If you require a different size please let us know how you plan to use it and we will aim to make it for you.